With a diverse international feast of cinema just announced in the full MIFF program, it’s time to get planning for your perfect festival schedule. Whether you prefer to circle and scribble notes on your precious hard copy program, create an elaborate wall of post-it notes, or go full Excel spreadsheet, our cheatsheet will get you started with an incredible list of Madman festival highlights.

Check Out The Program! 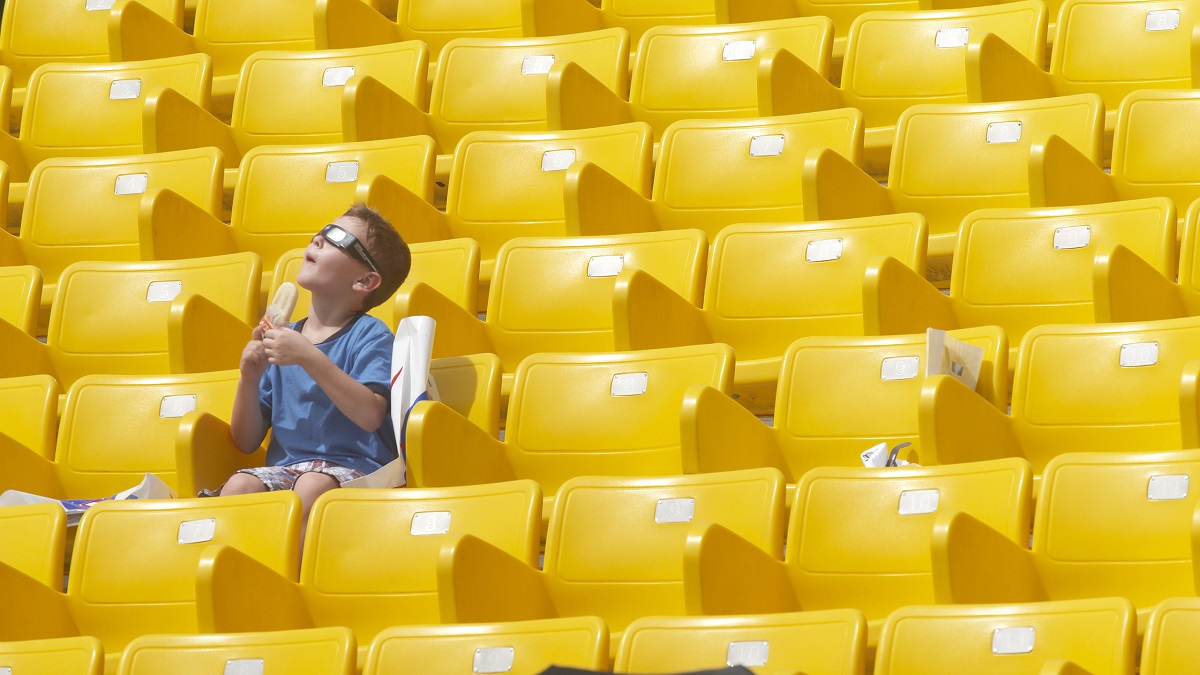 An exploration of the shared histories of cameras, weapons, policing and justice. As surveillance technologies become a fixture in everyday life, ALL LIGHT, EVERYWHERE interrogates the complexity of an objective point of view, probing the biases inherent in both human perception and the lens. 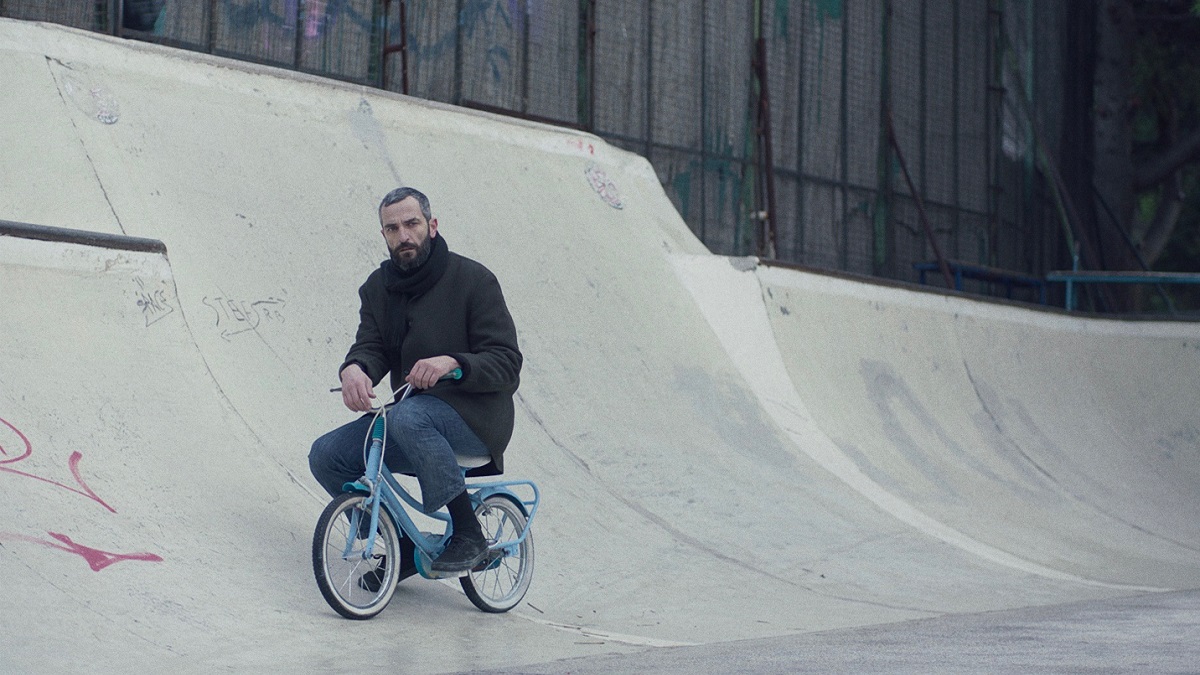 Exec produced by Cate Blanchett, Greek writer-director Christos Nikou’s debut feature is a surreal and enigmatic exploration of identity and reality. As a sweeping pandemic causes people to develop sudden amnesia, a man finds himself enrolled in a recovery program. His treatment: performing daily tasks prescribed by his doctors on cassette tape, and capturing these new memories with a Polaroid camera. 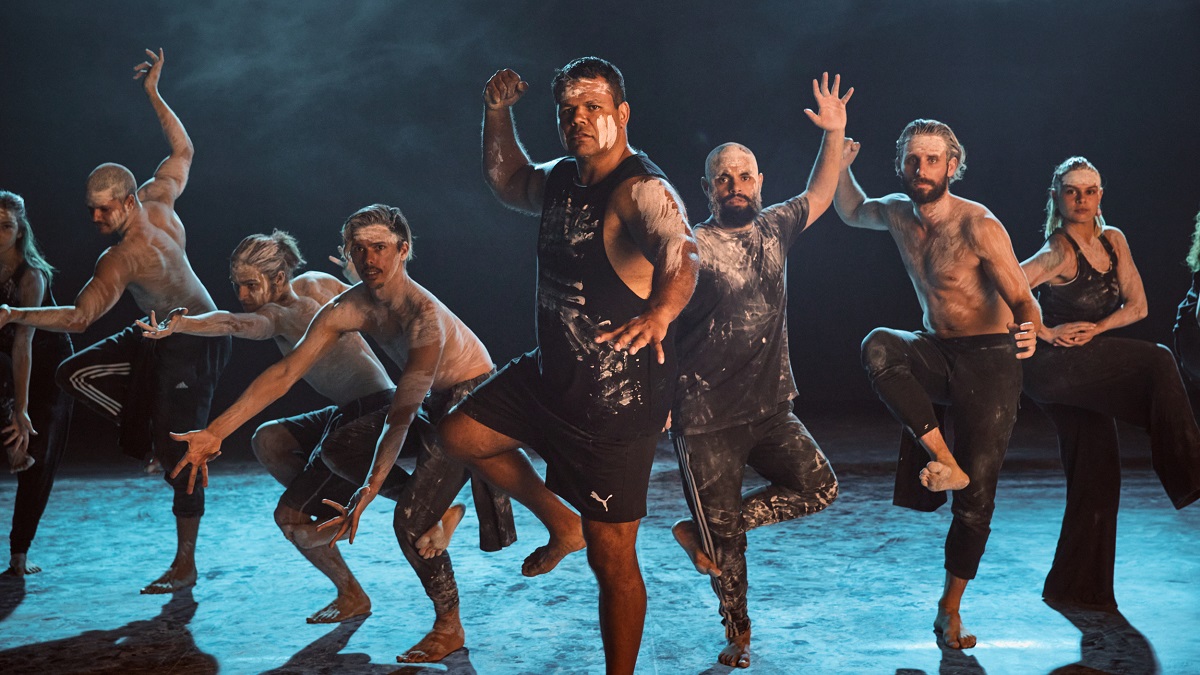 Former NRL star, Dean Widders, is a man on a mission to bring an Indigenous Australian pre-game ‘unity dance’ to the game, matching the haka of their Maori counterparts, and enhancing First Nations pride more broadly.

Featuring several NRL greats, prominent First Nations figures like Stan Grant and Adam Goodes, and the Bangarra Dance Theatre, ARAATIKA: RISE UP! is the story of one man’s determination and a spirited call-to-arms to stand behind Indigenous Australia. 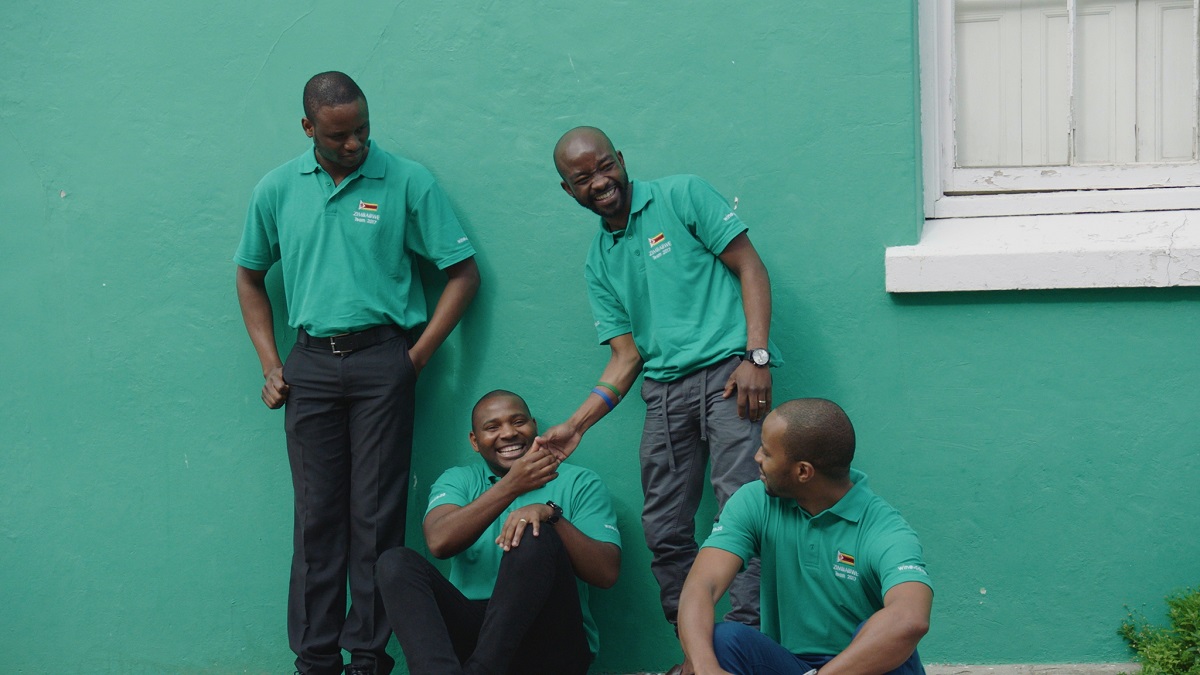 An unlikely team of Zimbabwean refugees turned sommeliers shake up the international wine establishment when they compete in the World Wine Tasting Championships. BLIND AMBITION is an inspiring underdog story for the ages.

Clear a bedroom wall for your post-it planner - when it looks like a Yayoi Kusama installation, you're done. 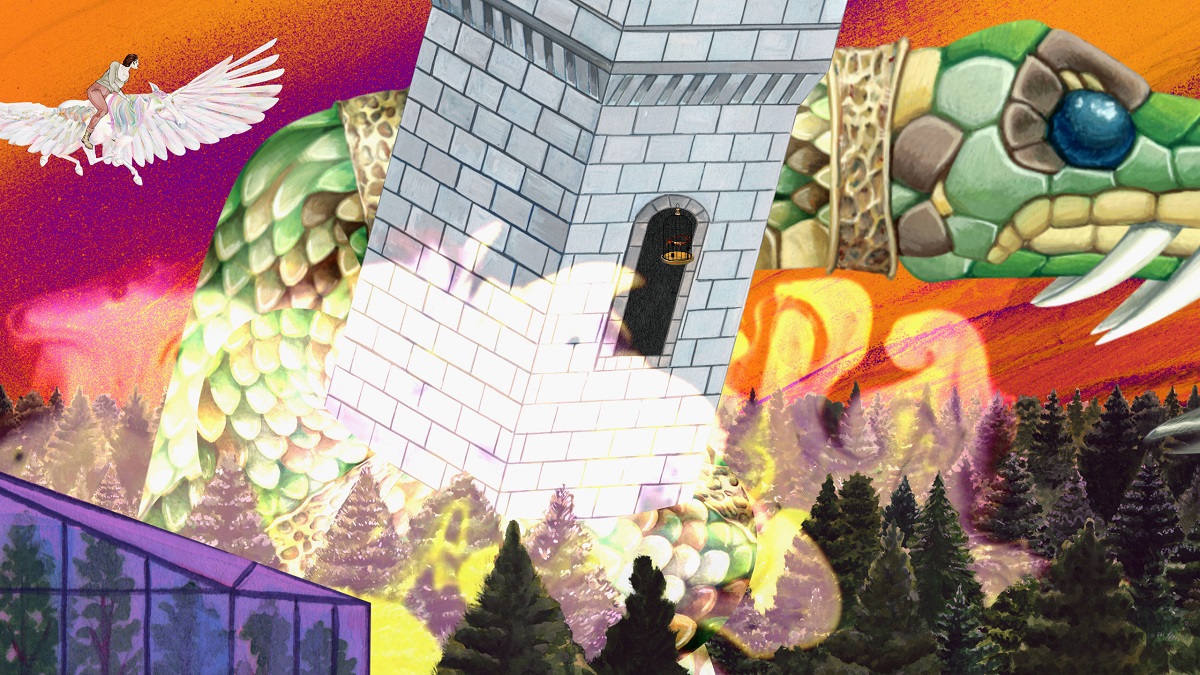 Described as a cross between ancient mythology and a spacey acid trip, following its win of the NEXT Innovator Award at Sundance. As cryptozookeepers struggle to capture a baku (a legendary dream-eating hybrid creature), they must decide whether to hide these rare beasts, or display them in the confines of a zoo. 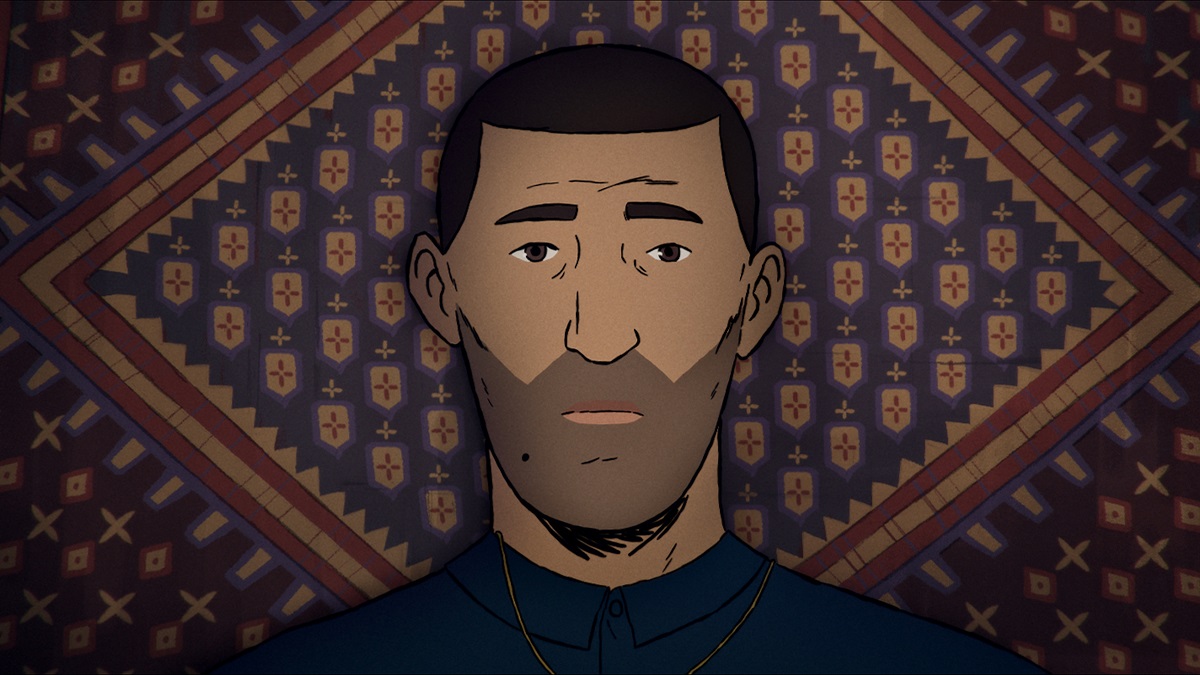 Official Selection at Cannes Film Festival and winner of the World Cinema Documentary Grand Jury Prize at Sundance, FLEE weaves together a stunning tapestry of images and memories to tell the deeply affecting story of a man grappling with his traumatic past in order to find his true self and the real meaning of home. 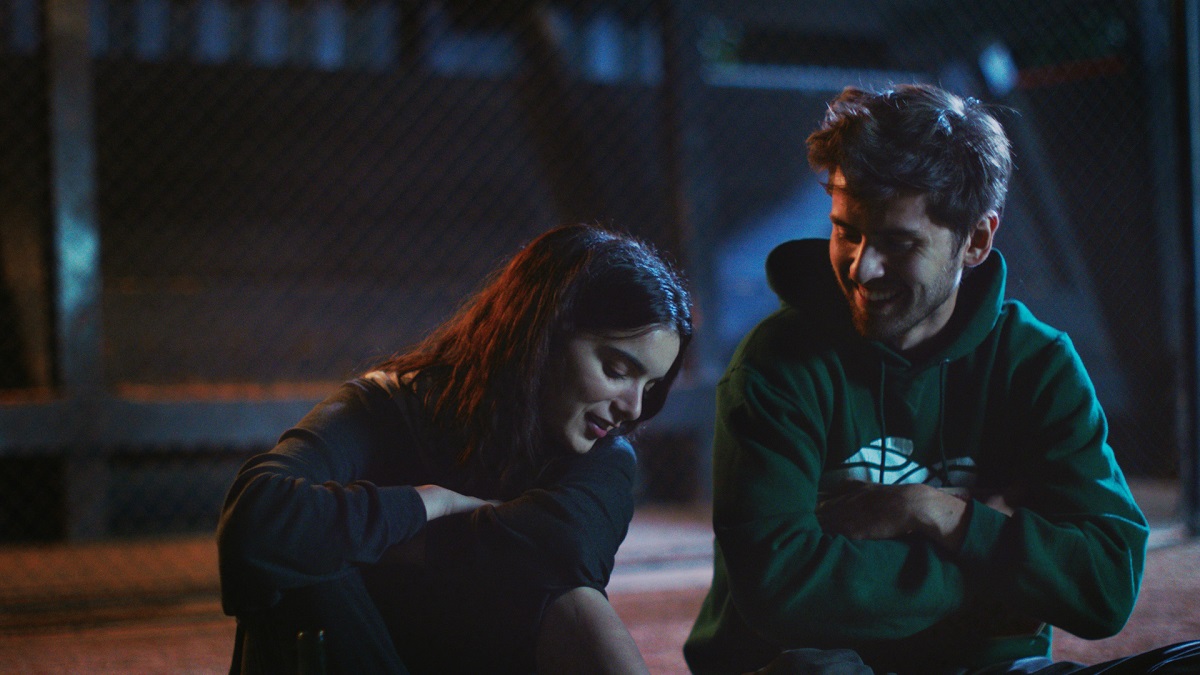 Winner of the Grand Jury Prize at SXSW 2020, this debut feature from writer/director/actor, Cooper Raiff, tells of a lonely first-year college student striving for connection with his peers, following magical night spent at Shithouse, a legendary party fraternity. 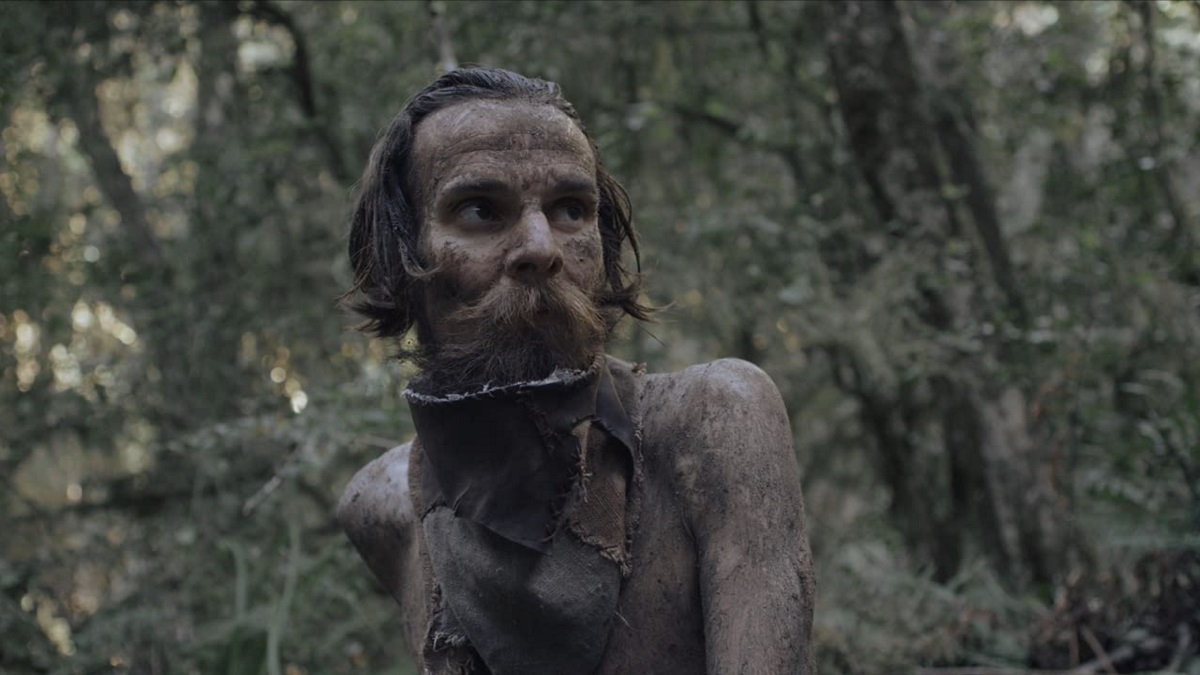 In the depths of an ancient forest, something has been growing. Something older than humanity itself, and perhaps greater too. When a park ranger discovers a strange man and his son living wild, she stumbles onto a secret that is about to change the world. 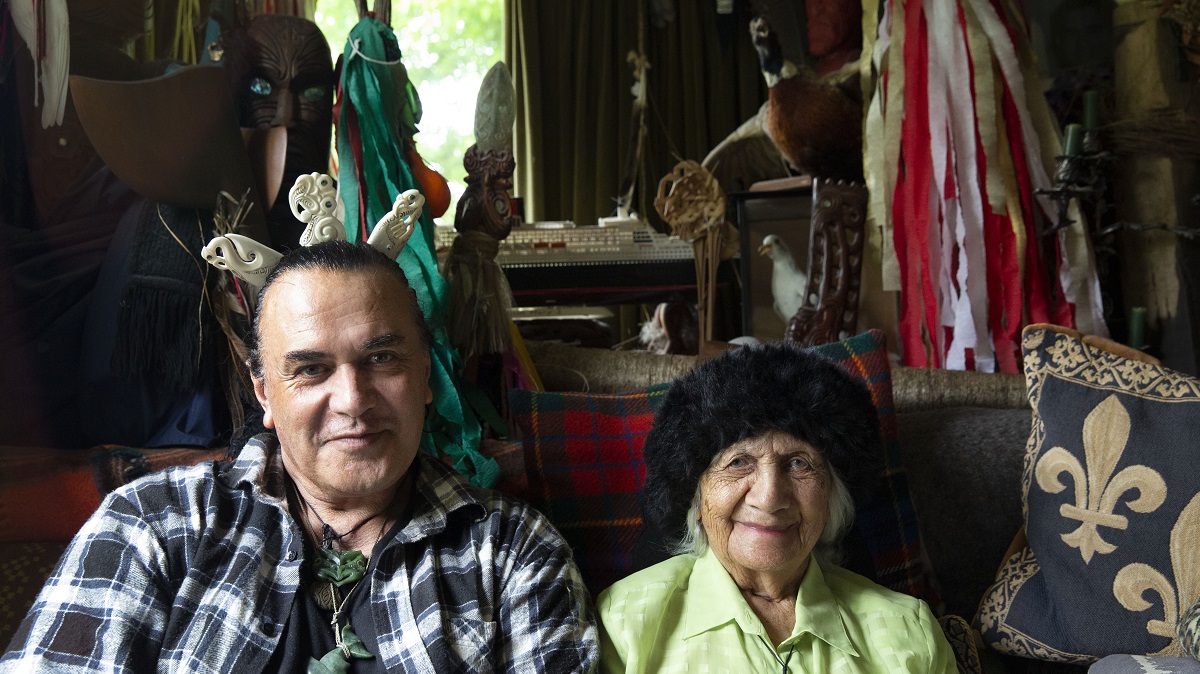 A stunning portrait of a mother and son which will make you laugh, and bring a tear to your eye. Genuine New Zealand treasures, Isey and James invite us into their lives in the week leading up to Isey’s 100th birthday. Florian Habicht, director of Kaikohe Demolition, captures a Northland celebration of life and aroha like no other. 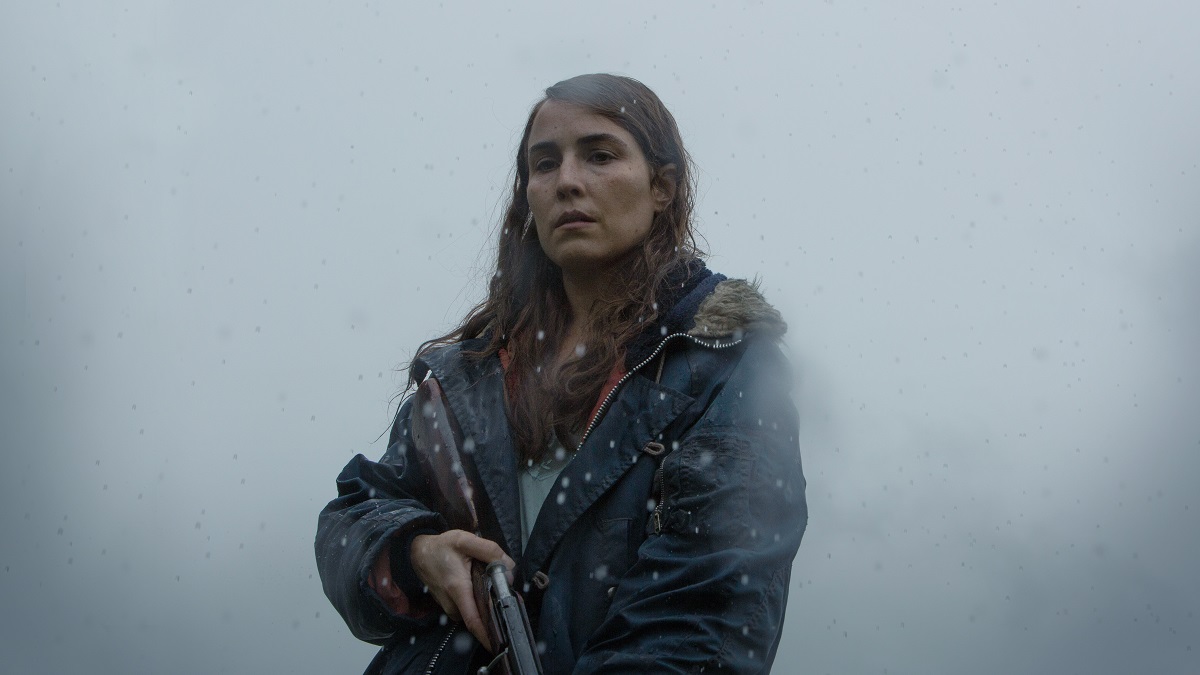 Official Selection at Cannes Film Festival Un Certain Regard, LAMB is an arthouse film with a supernatural twist. Icelandic couple, María (Noomi Rapace) and Ingvar (Hilmir Snaer Gudnason) live with their herd of sheep on a beautiful, remote farm. When they discover a particularly unusual and mysterious newborn on their farmland, they decide to keep it and raise it as their own. 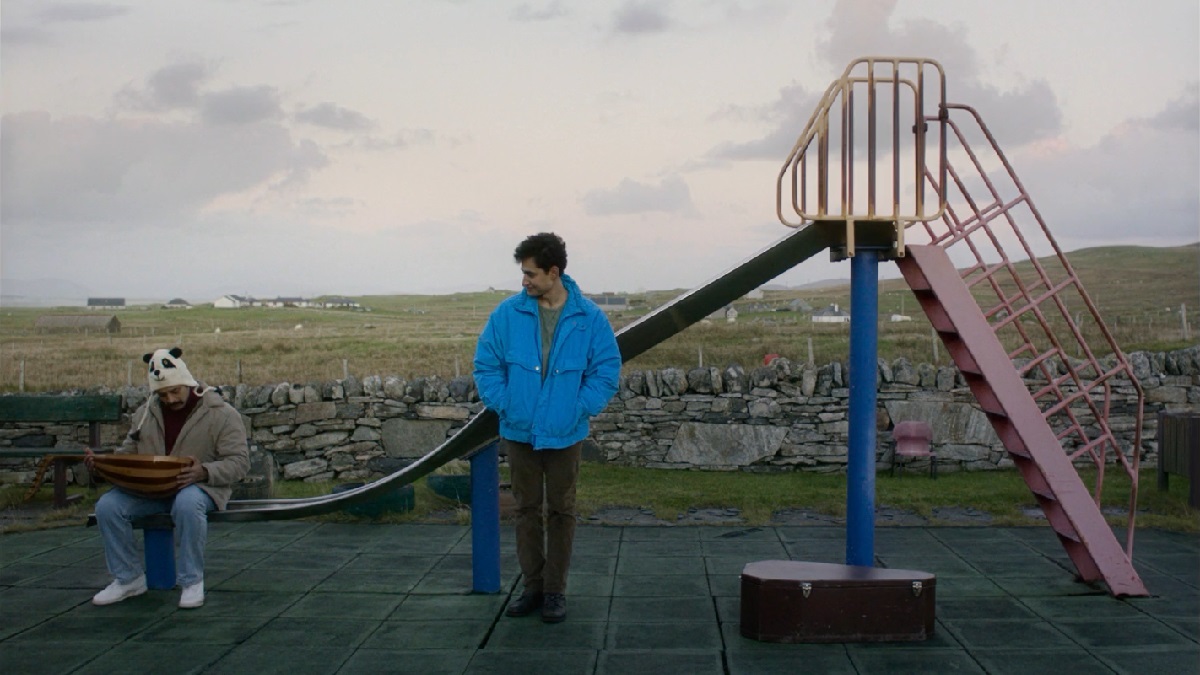 Nominated for two BAFTA awards, LIMBO is a funny and poignant cross-cultural satire that subtly sews together the hardship and hope of the refugee experience. Omar is a promising young musician. Separated from his Syrian family, he is stuck on a remote Scottish island awaiting the fate of his asylum request. 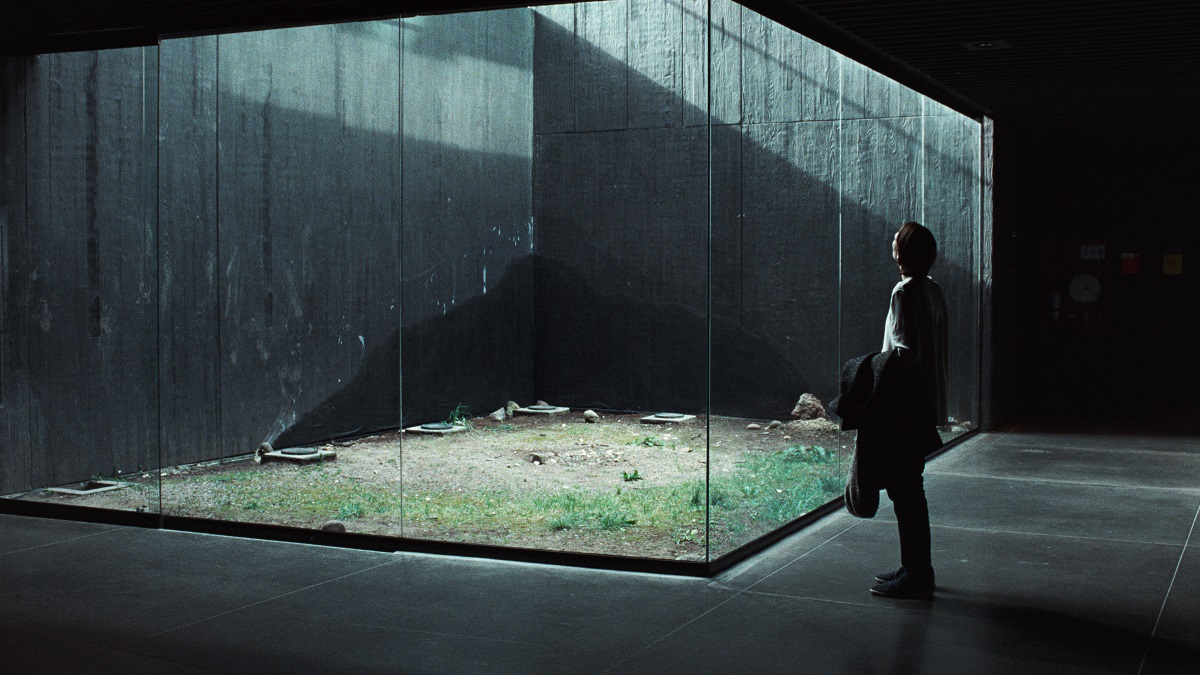 From the extraordinary mind of Apichatpong Weerasethakul, and starring Academy Award winner Tilda Swinton, MEMORIA centres on a Scottish woman who, after hearing a strange banging sound at daybreak, begins to experience a bizarre sensory syndrome while she’s traveling through the jungles of Colombia. 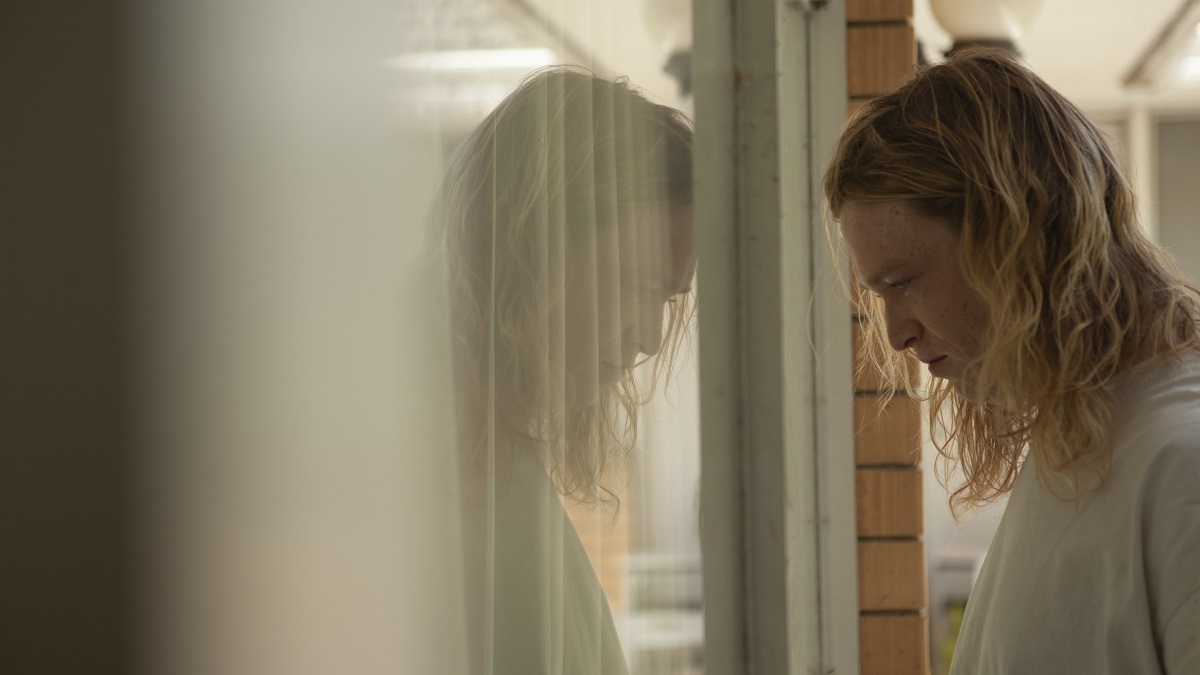 NITRAM will play at MIFF ahead of competing for the Palme d’Or this year in main competition at the Cannes Film Festival, the first Australian film to do so in a decade. A narrative depiction of the events leading up to one of the darkest chapters in modern Australian history from auteur director, Justin Kurzel (Snowtown), NITRAM will showcase phenomenal performances from Caleb Landry Jones, Essie Davis, Anthony LaPaglia and Judy Davis. 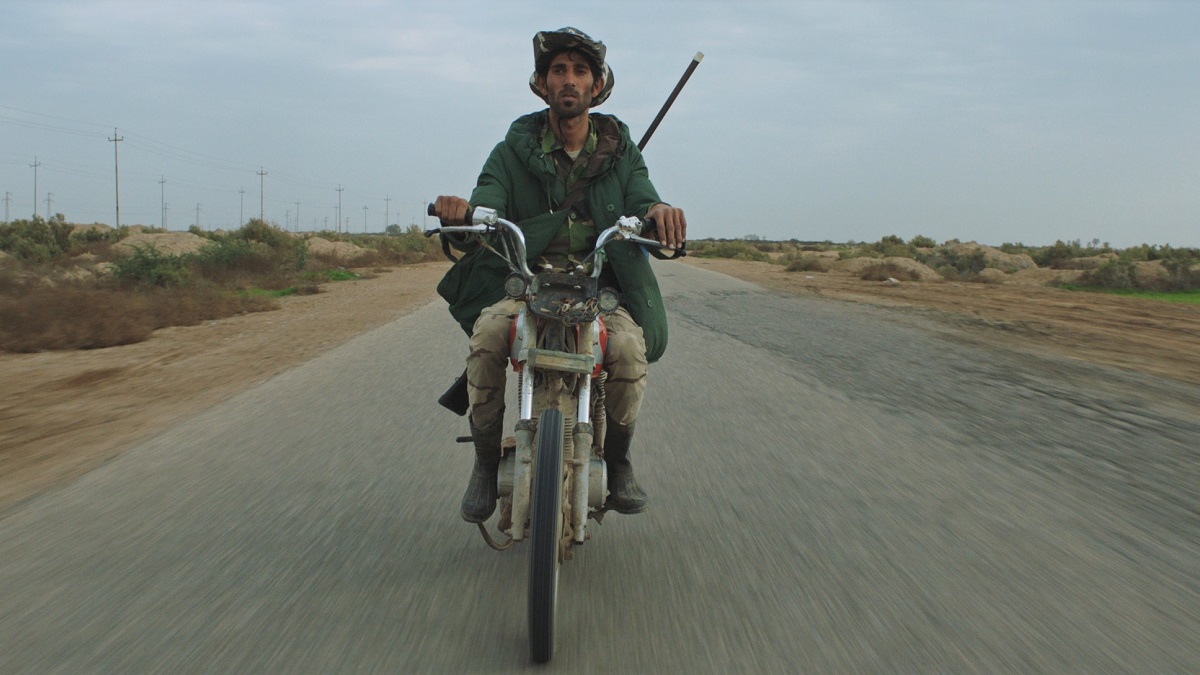 Official Selection at Venice, Toronto, London, Tokyo and New York film festivals respectively, NOTTURNO is the latest film from Academy Award-nominated filmmaker, Gianfranco Rosi (Fire at Sea). Filmed over three years along the borders between Syria, Iraq, Kurdistan and Lebanon, the film is set in a world of continuous civil wars, foreign invasions, the interference of ISIS and brutal dictatorships, yet the daily life of civilians confers a unity that goes beyond the conflicts. 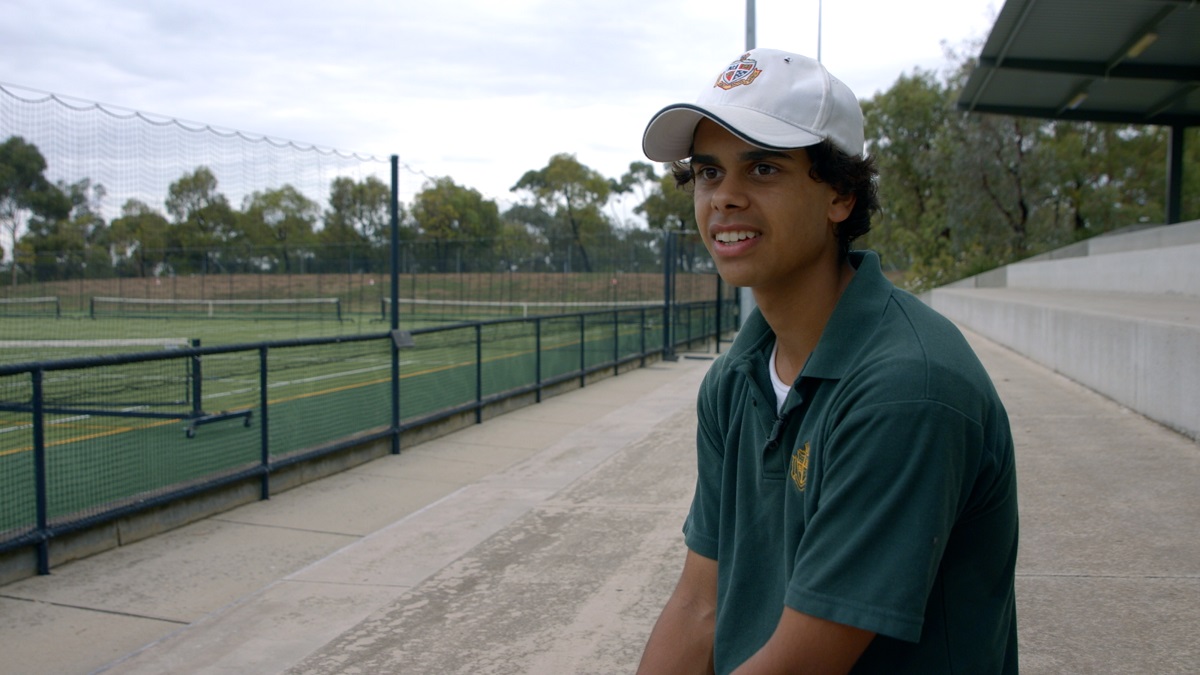 Every year, around 3000 Indigenous students receive scholarships to attend some of Australia’s most prestigious boarding schools. It is an immense opportunity, but it also means leaving their homes and communities. Over the course of a year, this moving documentary follows several such students, who, despite hailing from distinct nations and vastly different circumstances, each share a commitment to doing themselves and their families proud – no matter the difficulties. 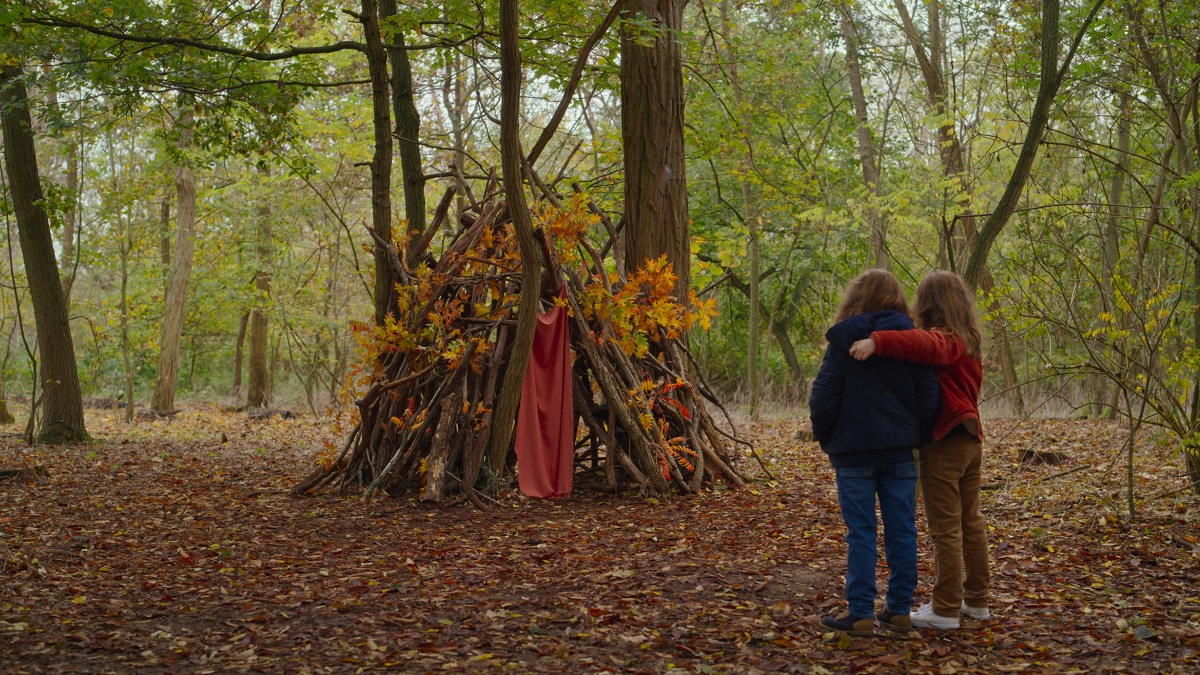 Acclaimed director Céline Sciamma (Portrait of a Lady on Fire – winner of Best Screenplay at Cannes and the Audience Award at MIFF 2019) returns with a delicate tale of childhood and an intergenerational connection that crosses through time. 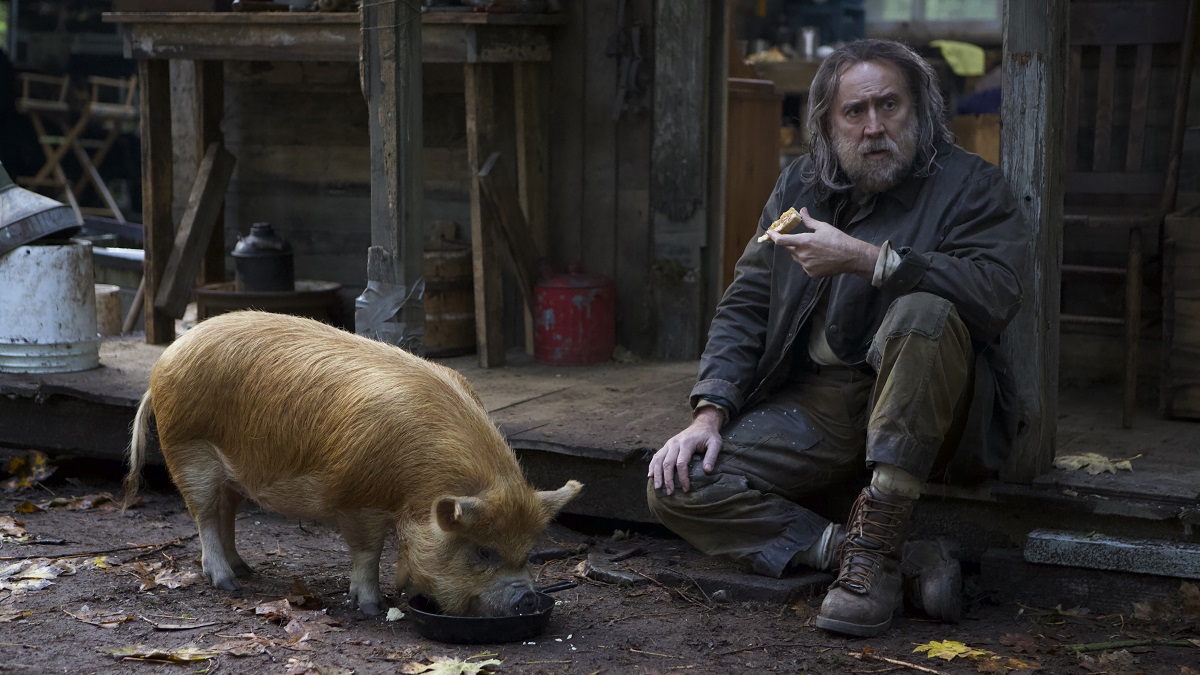 Cult icon Nicolas Cage plays a reclusive truffle hunter who lives alone in the Oregonian wilderness. When his prized truffle pig is kidnapped, he must return to his past in Portland in search of his beloved foraging pig. A darkly comic tour through Portland’s foodie underworld will force him to face his past and reconnect with the humans he left behind. 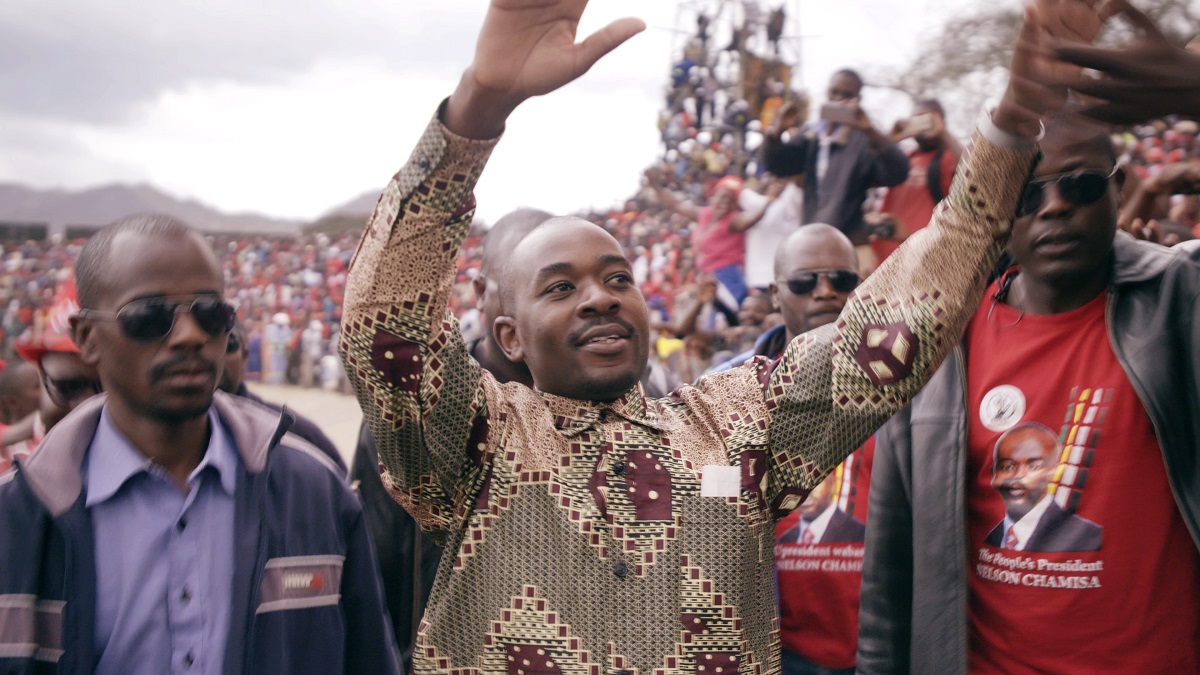 Winner of the World Cinema Documentary Verite Filmmaking Special Jury Award at Sundance. Zimbabwe is at a crossroads – the new leader of the opposition party, Nelson Chamisa, is challenging the old guard, the acting president Emmerson Mnangagwa, also known as ‘the crocodile’. The election will be the ultimate test for both the ruling party and for the opposition. How will they interpret the principles of democracy in a post-Mugabe era – in discourse and in practice?

A profound cinematic and musical reflection on how rivers have shaped both the planet’s elaborate landscapes and all human existence. RIVER is the sequel to the 2017 hit documentary MOUNTAIN, reuniting the creative team of director Jennifer Peedom, the Australian Chamber Orchestra, narrator Willem Dafoe and writer Robert Macfarlane. 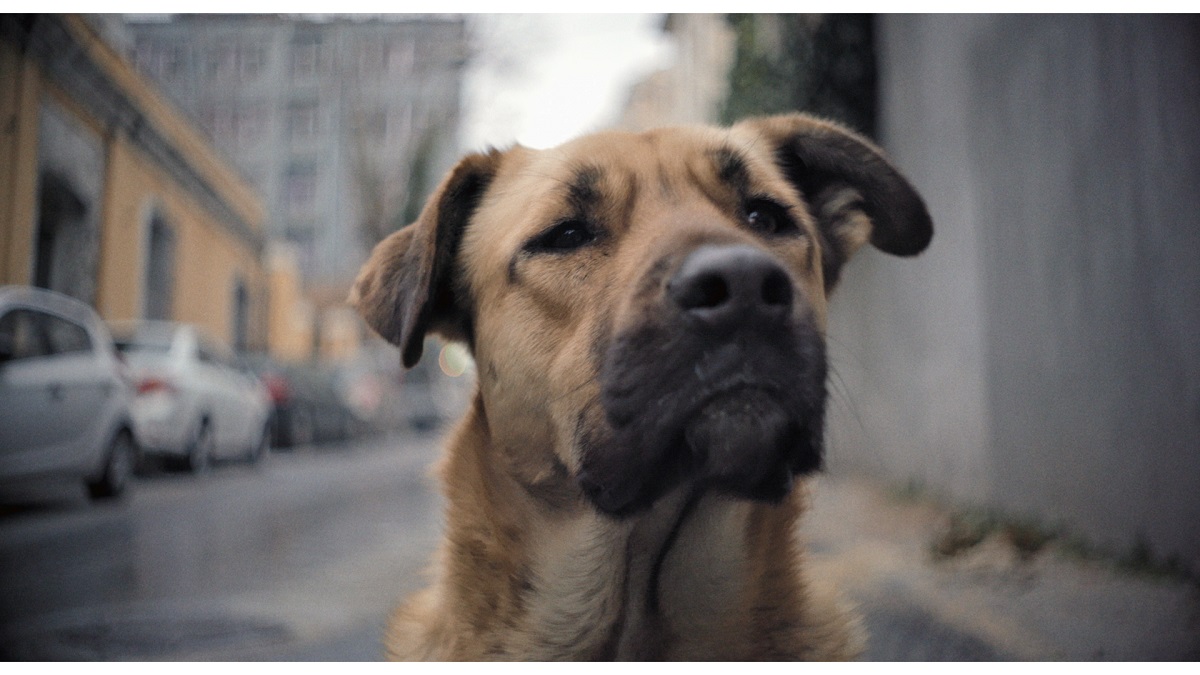 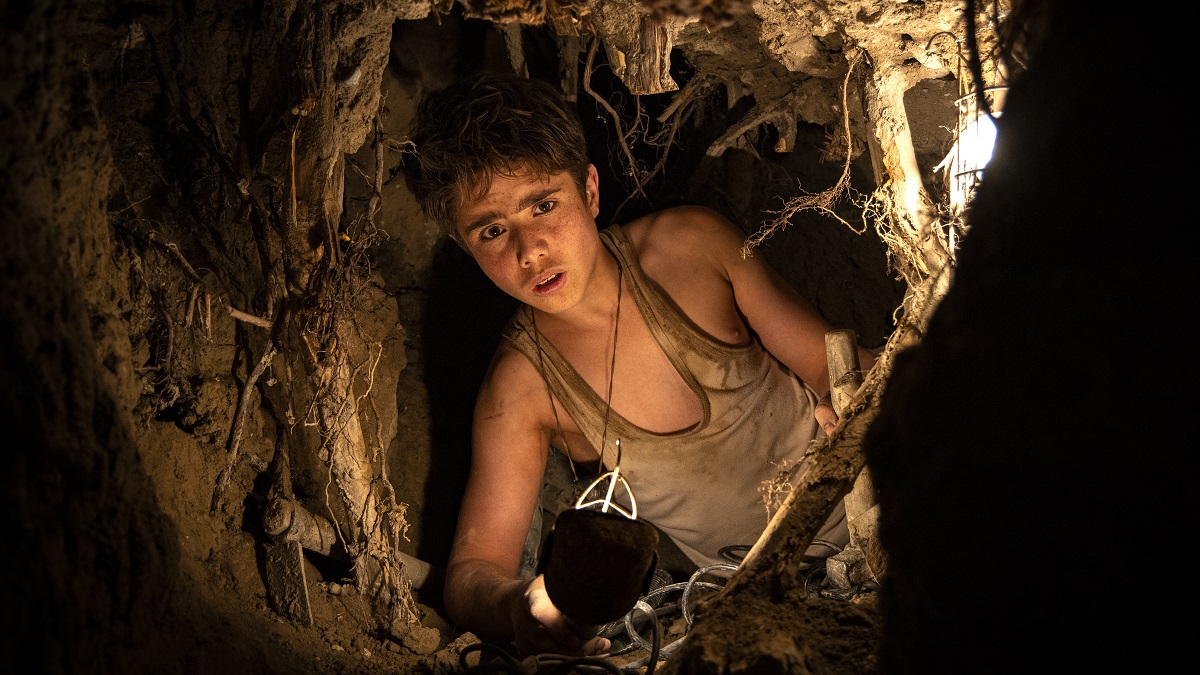 Multiple award winner at Venice Film Festival. Working hard to survive and support their families, 12-year-old Ali and his three friends are hunting for a hidden treasure. To access a tunnel where the treasure is located, they must enrol at the Sun School, a charitable institution that tries to educate street kids and child labourers. 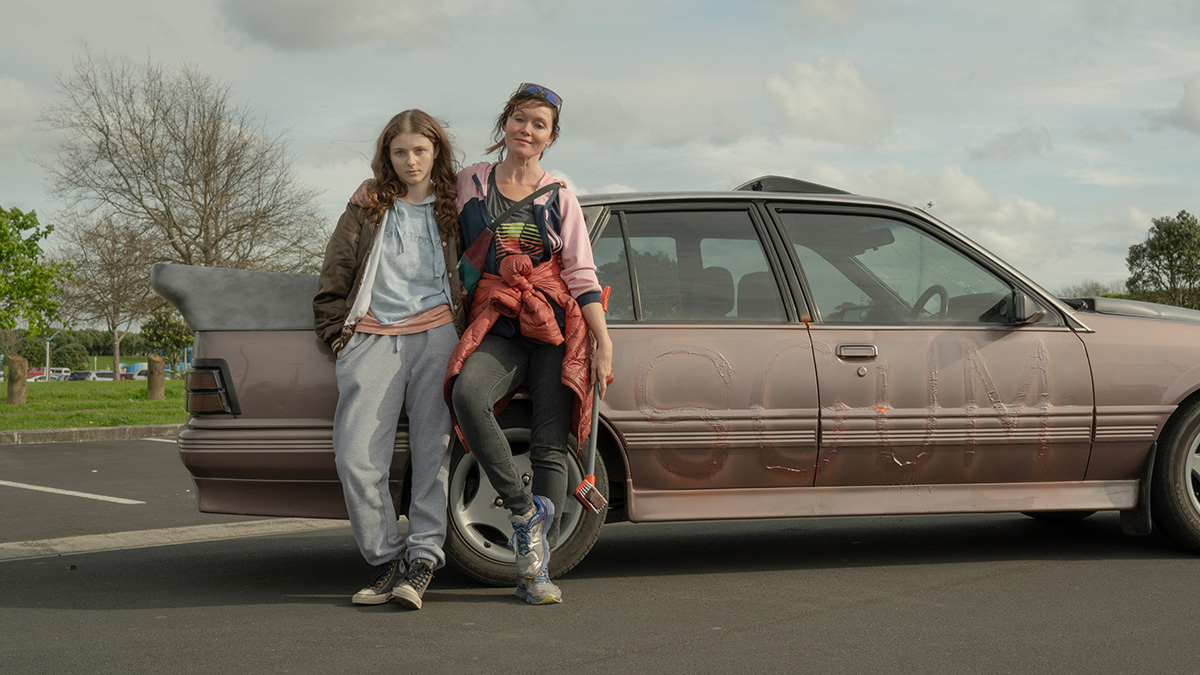 THE JUSTICE OF BUNNY KING

Hot off its world premiere at Tribeca Film Festival, THE JUSTICE OF BUNNY KING stars the much-loved Essie Davis (Babyteeth, Miss Fisher’s Murder Mysteries) and rising star Thomasin McKenzie (Jojo Rabbit, Leave No Trace).Bunny King is a mother of two, a rough-cut diamond with a sketchy past. While battling the system to reunite with her children, a confrontation leads her to take her niece Tonyah under her wing. With the world against her and Tonyah, Bunny’s battle has just begun. 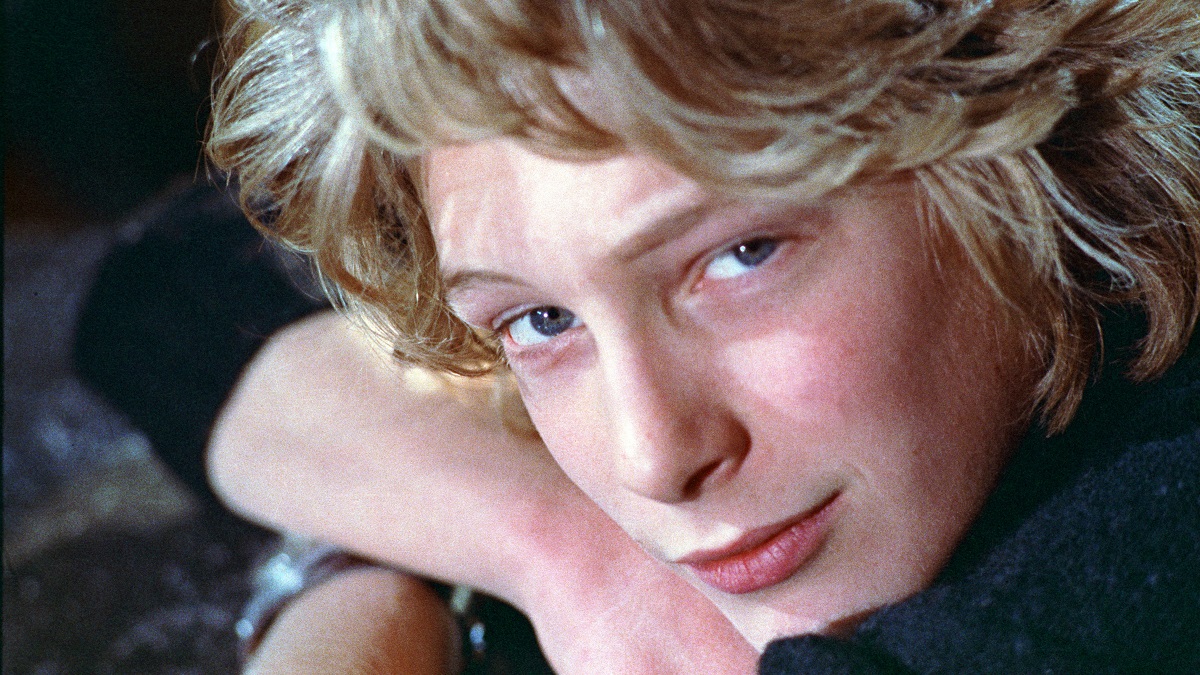 THE MOST BEAUTIFUL BOY IN THE WORLD

Fifty years after the premiere of Death in Venice, Björn Andrésen, the former teen star who once embodied legendary character Tadzio in Visconti’s masterpiece, takes us on a remarkable journey of personal memories, cinema history, stardust and tragedy in what could be Björn’s last attempt to finally get his life back on track. 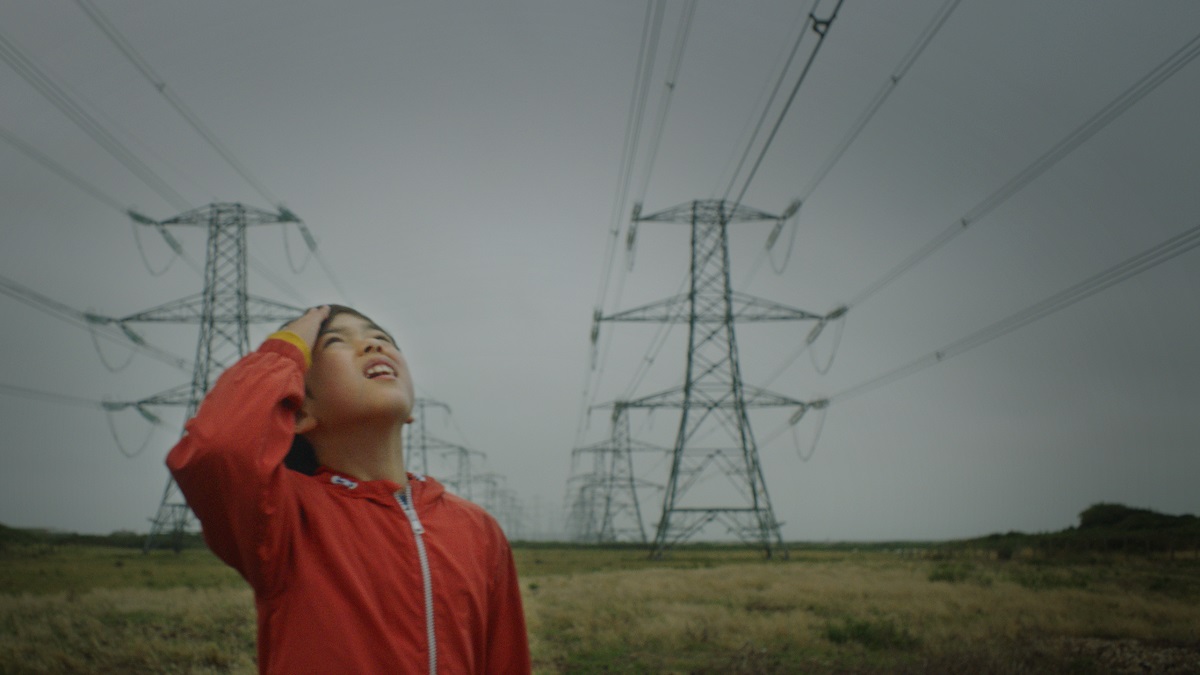 THE REASON I JUMP

Winner of the World Cinema Documentary Audience Award at Sundance, THE REASON I JUMP is an immersive cinematic documentary. Based on the best-selling book by Naoki Higashida, the film explores the experiences of nonspeaking autistic people from around the world. 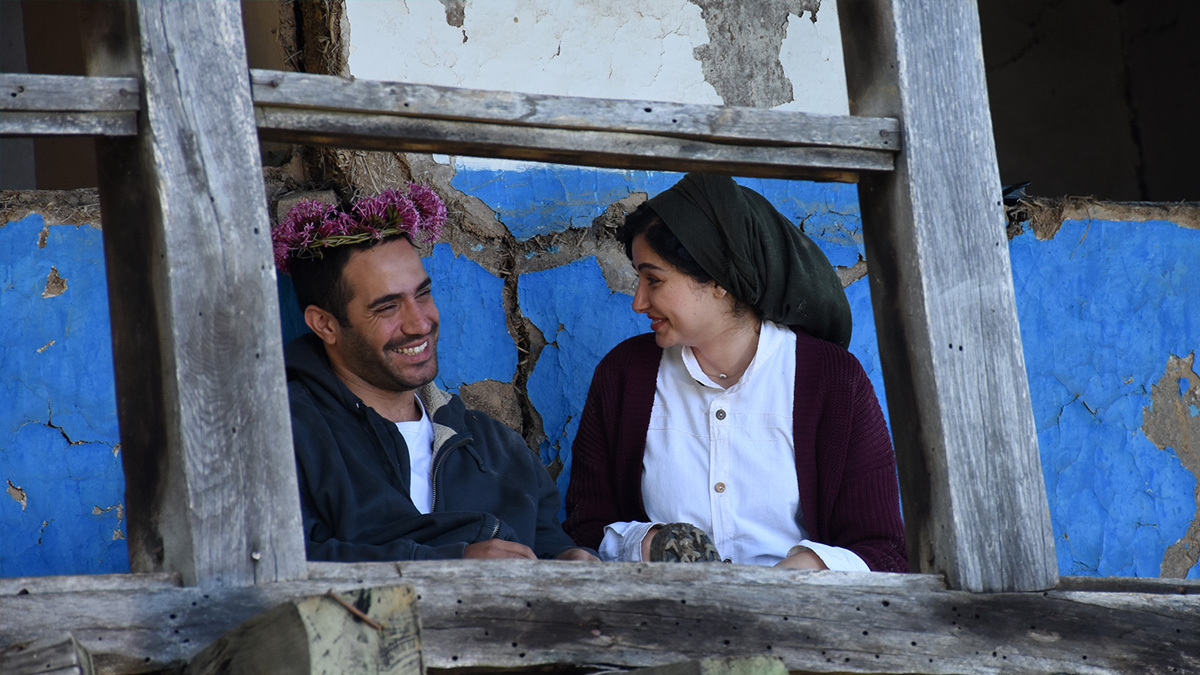 THERE IS NO EVIL

Winner of the Golden Bear at the Berlin Film Festival. In four thematically connected episodes centred around the death penalty, critically acclaimed Iranian director, Mohammad Rasoulof, tells the stories of four men faced with an unthinkable but simple choice. Whatever they decide holds the power to corrode themselves, their relationships, their entire lives. 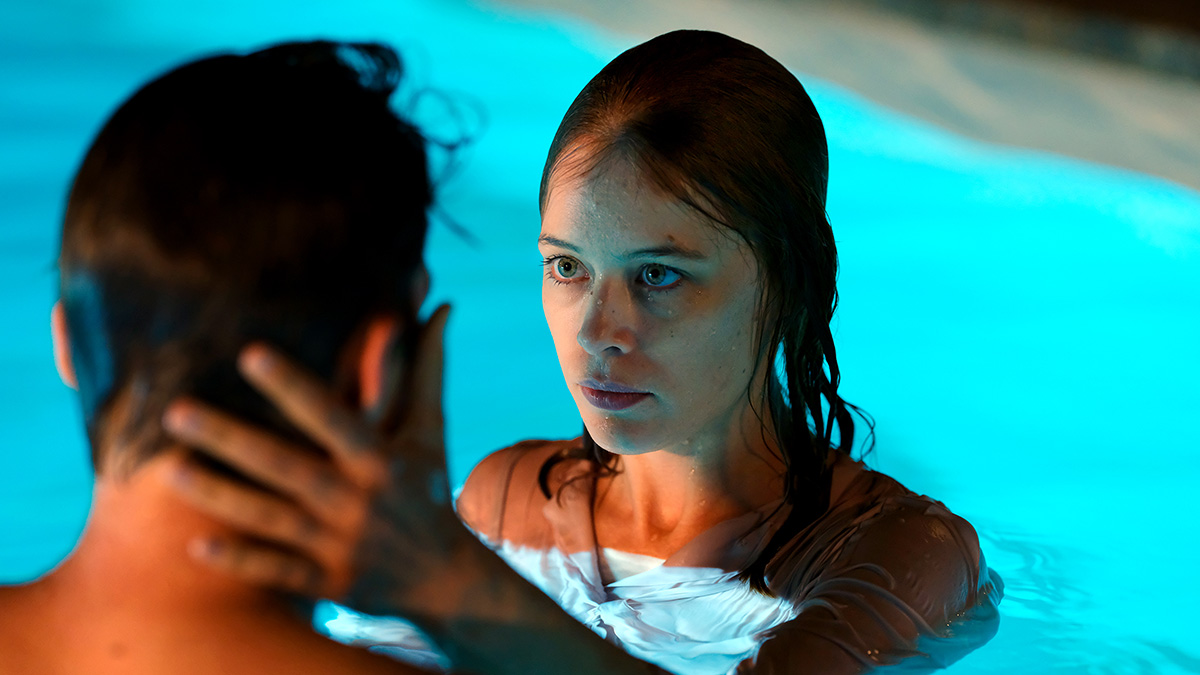 The latest masterpiece from Christian Petzold, director of Barbara and Transit. Winner of the prestigious FIPRESCI Award and the Silver Bear for Best Actress at the Berlin Film Festival, UNDINE is a bold reimagining of an ancient myth. Undine is a historian lecturing on Berlin’s urban development. When the man she loves leaves her, the myth catches up with her. Undine must kill the man who betrayed her and return to the water she once came from. 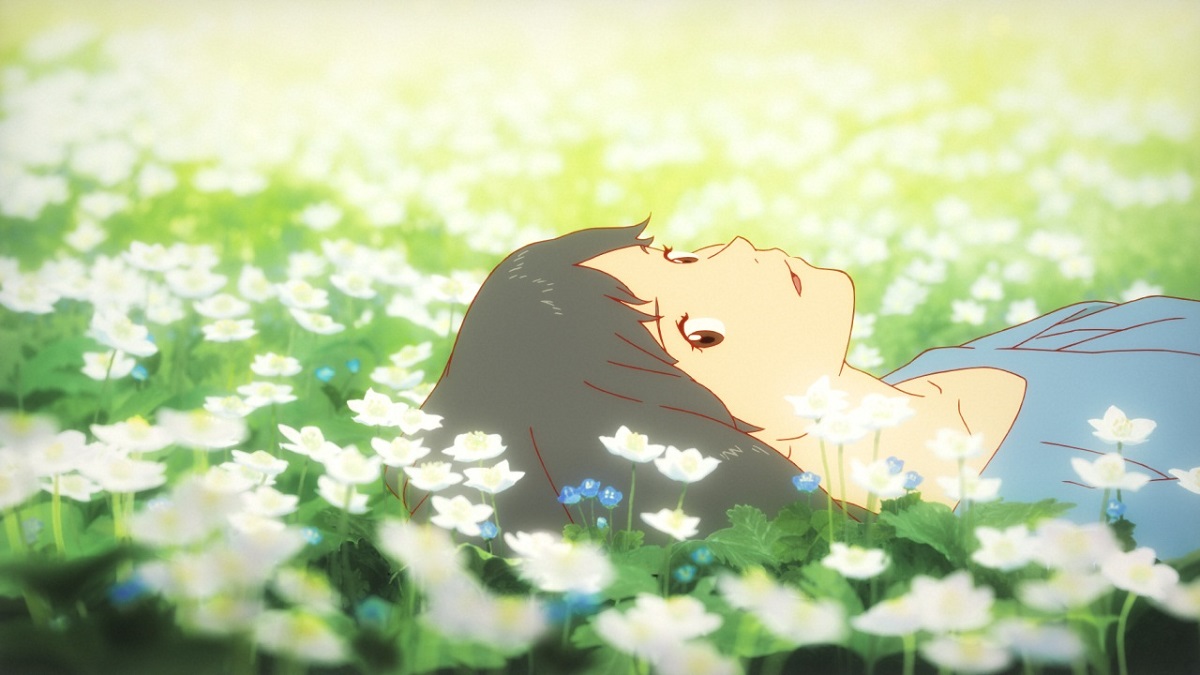 Celine Sciamma is the director of Petite Maman, which will screen at this year’s MIFF, as well as previous MIFF favourite, Portrait of a Lady on Fire. This year, the acclaimed French director has hand-picked a selection of her favourite films to play at the festival. One such is WOLF CHILDREN, a staggeringly beautiful animated feature which follows Hana, a woman who falls in love with a Wolf Man and gives birth to two half-human, half-wolf children.

Subscribe today and keep up to date with all the latest news from Madman Films.