Australian based actor Orion Lee has garnered awards recognition for his performance in FIRST COW. A sweet, gentle story forged in 1800s Oregon from master filmmaker Kelly Reichardt. The Independent Spirit Award and Gotham Award nominee plays King-Lu in the ambitious new film about an industrious entrepreneur (Lee), and his developing friendship with Otis ‘Cookie’ Figowitz (John Magaro). Although this time period is stereotypically portrayed as gruff and masculine, King-Lu and Cookie’s relationship is a breath of fresh air — based on trust and a soulful sensitivity.

Here Orion discusses his breakthrough performance, his connection with John and his experience working with Kelly Reichardt on the film.

What was your first impression of the script when you read it?

I read it straight through as I was very excited about the opportunity to audition for Kelly. It was a bit of a surprise to me that I was weeping at the last line of the film. There was nothing much during the script to suggest it would hit me like that at the end. As time has gone by and I reflect on the film I think it shows friendship so well. In that when you first meet someone who has become your good friend it probably wasn’t particularly dramatic but over time that acquaintance becomes a friend and if it ever ends you feel the loss. I also thought about how its two people who feel like outsiders and don’t fit in finally finding one another and realising they didn’t really know how lonely they were.

The chemistry between you and John Magaro is amazing in the film. The sweet gentleness, and the way you convey so much to each other just through your body language helps make FIRST COW so special. Was that connection something you needed to work on?

Firstly we had a three day camp with an expert of the time period who taught us the cooking methods, how to make fire, trap animals and skin animals. All of that was very useful to learn and gave us time to get to know each other without having the pressure of ‘be friends now!’. Secondly we had a great respect for each others acting method and style and were always open to each other. We were always listening to the other person’s reactions and adjusting accordingly. This creates a strong sense of connection I think. Also we never really discussed what we were going to do. So there were no assumptions. Just listening. Finally the script and direction comes into play too. The scene where they both work on the house and Cookie is cleaning up and King-Lu is chopping firewood is wonderful.

It is a film that really engages all the senses. You can almost smell and taste the ‘oily cakes’, feel the damp mud in Cookie and King-Lu’s shoes, and hear the noises of the frontier. How did that affect you building your character?

With such an amazing team of people working alongside you in the various props, set building and costume departments as well as the magnificent Portland landscape allows you to not act and just be. You can taste the food and be amazed at how good it is instead of pretending. Of course it also meant we were cold most of the time but that was part of the experience. The work of building the character begins before you get to set. For me working out the background story of King-Lu was very important to ground him in a reality as we all are here in the present having come from our pasts. However I leave that to the audience to imagine what that past might be.

Other than FIRST COW what is your favourite Kelly Reichardt movie, and why?

I loved Night Moves. I was in awe of how someone can craft a slow paced thriller. No car chases or explosions and yet the whole movie was so thrilling! Fab performances too.

What did you learn from working with Kelly Reichardt?

Always be doing something. Every note she gave was wonderful. Perhaps the best one was at the beginning when she said King-Lu was brash and charismatic which clashed with what I thought, which was that he was quiet and lonely. But in the reconciling of the two ideas, it reminds of the quote by F Scott Fitzgerald “the test of a first-rate intelligence is the ability to hold two opposed ideas in the mind at the same time, and still retain the ability to function.” Not to toot my own horn but just in the sense that opposition of ideas allows for inspiration. Working out the puzzle allowed me to come to a decision about how King-Lu was actually a quiet child but the circumstances in his life changed him over time such that to survive he became a different person. At the time of the movie he is no longer aware of his quiet nature however when he meets Cookie their souls recognise each other.

How did you interpret the final scene? What do you think King-Lu was thinking when Cookie closes his eyes?

Ok big spoiler alert. I feel like one of the reasons this movie is great is because it allows the audience in to participate in its interpretation. It allows the audience the time and space to see and concentrate on what they want whether it be politics, nature, relationship, humanity, immigration etc and decide its meaning. So if you would like to hold on to that please stop reading. So having said that my interpretation is as follows. I think King-Lu was thinking of leaving Cookie behind. He knows that Cookie is in a bad way and can’t move quickly. They are being chased by people who will no doubt kill or harm them both. Cookie might be dying. There’s little or no medicine or healers or doctors available. There’s no reason why both of them should die. He couldn’t avenge his other friend who got killed. He feels guilty about running at that time. Maybe he should take the money and go. He looks at Cookie and decides to stay. Part of human experience is never knowing what the future may hold but having to make decisions anyway. Some people might like to think they were so close there was no possibility of King-Lu leaving Cookie there. But I feel that a true choice between one action or another is far more meaningful than one where there is no choice at all. 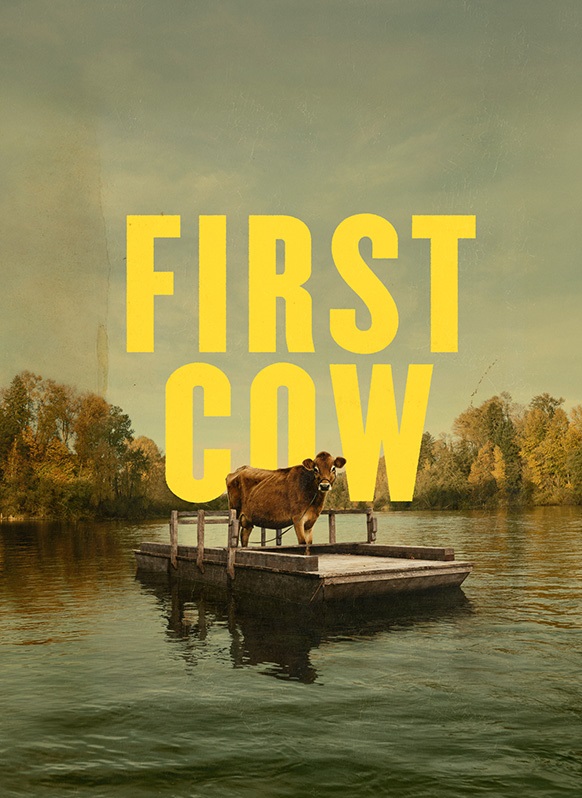 Two travelers, on the run from a band of vengeful hunters in the 1820s Northwest, dream of striking it rich – but their tenuous plan to make their fortune on the frontier comes to rely on the secret use of a wealthy landowner’s prized dairy cow.