Attack on Titan: Roar of Awakening 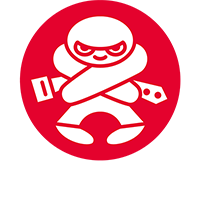 Join the ranks of the Survey Corps for the latest Attack on Titan Movie!

A new war begins and as the threat to humanity increases, the Survey Corps begin to unearth some terrifying secrets. What are the Titans really and where do they get their power—and who’s really on their side?

Attack on Titan: Roar of Awakening recounts the events seen in Season 2 and tests the Survey Corps to their limits. With incredible action and shocking revelations, there’s no better way to witness the continuation of Attack on Titan’s dark and mysterious story – including never before seen footage and a teaser for Attack on Titan Season 3!

The Survey Corps have a new mission in mind – protecting all your precious surfaces from horrifying ring marks in the form of these cool coaster sets! Grab your free Attack on Titan coaster from Event, Village and Dendy cinemas from March 15 while stocks last. A random selection of 8 coaster designs will be available, so bring a mate to increase the chance of scoring your favourite!

In cinemas across Australia for a strictly limited time only!